Kelsey grew up in the San Francisco Bay Area, where she fell in love with dance at the age of 10. She trained primarily in ballet at the Academy of American Ballet in Redwood City, California, where she was also first exposed to modern dance. While attending the University of California at Berkeley, she pursued her love for ballet, dancing with the student-run Ballet Company at Berkeley. She also solidified her classroom training in modern dance technique, earning a minor in Dance and Performance Studies under the guidance of professors and choreographers Lisa Wymore and Amara Tabor-Smith. She moved to Boston to begin her PhD, and while she devotes most of her time to her neuroscience research, if you can’t find her in the lab, you’ll certainly find her in the dance studio. She loves to take dance classes in Boston and Cambridge, and she’s thrilled to be dancing with Forty Steps this season! 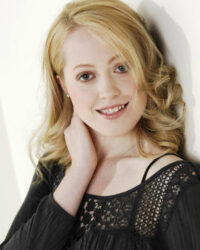 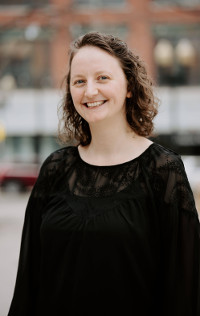 Johanna is originally from Massachusetts’ North Shore, she started dancing in Newburyport, MA at The Dance Place at the young age of three and didn’t want to do any other activity. Johanna was a member of the Joppa Dance Company studying and performing jazz, ballet and modern across the North Shore for several years. Johanna moved to Virginia to attend Roanoke College, after graduating with a Bachelor of Business Administration, she stayed in Virginia before making the move back to Massachusetts. While in Virginia, Johanna took classes at local dance studios to maintain her skills and keep pursuing her passion. Johanna is grateful to have found Forty Steps Dance where she can dance with likeminded, talented dancers, elevating her skills to a new level. Johanna currently works in the accounting and billing field for a North Shore based company but loves spending her free time dancing.

Alexandra (Allie) Morales grew up in DeForest, WI, beginning her dance training at the young age of three. She quickly fell in love with the art form, training in as many genres as she could. After many years of assistant teaching, performing competitively, and working with the DeForest Parks and Recreation Dance Program, she decided to expand her dance knowledge at the University of Minnesota: Twin Cities. Allie graduated with a Bachelor of Fine Arts in Dance and a minor in Health and Wellness Promotion in May 2020. While in school, she curated a dance and visual art collaboration show, fulfilled a teaching dance practicum with Ballare Teatro, choreographed works for five composition showings, and completed an arts administration internship at Lundstrum Performing Arts. She was also selected to perform in pieces by renowned choreographers, Robert Moses, Pramila Vasudevan, Eko Supriyanto, and Chris Schlichting, among numerous student-choreographed works. She was a featured soloist in Robert Moses’ “Cause” in December 2019, and the piece was chosen to compete at the American College Dance Association in March 2020. Post graduation, Allie performed professionally with Madison Contemporary Dance for two seasons and was a dance instructor near Chicago, Illinois for both recreational and competitive programs. In the fall of 2021, Allie and her husband relocated to New England, where she continues to perform and teach dance in both Massachusetts and Rhode Island. Allie is thrilled to be joining Forty Steps Dance for its 30th Anniversary season! 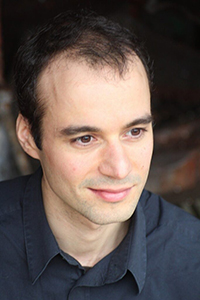 When being asked why he is a dancer, Ricardo will explain that he worked as an extra at the RLT Neuss (Schiller’s Intrigue and Love) and the Deutsche Oper am Rhein in Duesseldorf Germany (Aida, The Abduction from the Seraglio) to pay his rent for his studio apartment as a student. At the opera he was exposed to the magic and beauty of numerous live operas and classical ballet performances in the evenings. Taking ballet and dance classes would offer significantly better paid jobs as an extra so he began his endeavor as an adult dancer. As a student at the University in Duesseldorf, he was able to attend a wide range of complimentary evening dance classes in ballet, modern and contemporary dance they offered, He has continued taking regular evening drop-in classes in universities and ballet schools in Germany, Austria, UK, USA and other countries for over 17 years. He has been trained by numerous notable teachers and currently with Sallee Slagle since early 2019. Joined Forty Steps Dance 2019. 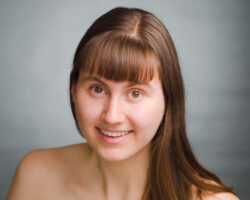 Liza grew up in the San Francisco Bay Area where she began dancing at the age of 5, primarily trained in classical ballet at the Contra Costa Ballet Centre, as well as dabbling in modern and contemporary. She has also been fortunate enough to study Russian folk dance with Vladimir Ryazantsev, former soloist of the Moiseyev Dance Company. She continued dancing in college while attending UC Berkeley, participating in Jazz Dance Company and Ballet Company at Berkeley. After moving to Boston for her graduate studies, Liza has been glad to explore the local dance scene and expand her range of dance styles. Liza is currently pursuing a PhD in Electrical Engineering and Computer Science at MIT, where she is researching magnetic materials. She is honored to participate in the 30th anniversary season and is extremely excited for the upcoming performances! Liza joined 40 Steps Dance in Fall 2021. 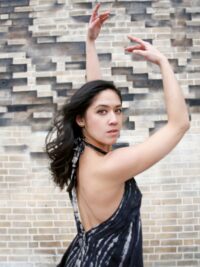 Mica Romulo is a freelance dancer and choreographer based in the Boston – NYC area. Originally from Manila, Philippines where she was classically trained in ballet, jazz, modern, contemporary, and folk dance. She got her professional start teaching children’s ballet and jazz classes around various studios in the city. In 2016, she was hired by De La Salle University as the trainer for the La Salle Dance Company – Folk and produced and choreographed their concert, “Tala”. In the same year, she became a member of Hotlegs Dance Company, Manila’s premier commercial jazz dance company and performed on various TV appearances, concerts, and corporate shows. In 2017, she formed the Dance Collective together with a group of independent dance artists in Manila and produced and choreographed the show “DancExchange” for Manila’s Fringe Festival. With a strong desire to keep learning and developing herself as an artist, she moved to NYC and trained at Broadway Dance Center upon acceptance to their training program in 2017. Since then she has appeared on stage in works by Sheila Barker, Michelle Barber, Paul Alan Brown-Lombardi, Julia Kane , DoubleTake Dance Co., and walked and danced the runway during NY Fashion week. She is currently part of the project based dance company Alpas Dance (founded by Mica Butnar and Alicia Kee) and appeared in their premier dance film, “Rise Up”.  In the fall of 2020 she choreographed, and directed her first dance film, “To Be Free”. This is her first season with 40 Steps Dance and is grateful and looking forward to all our upcoming performances in 2022.

Teresa was born in Tulsa, Oklahoma and grew up in Stoneham, MA after a short stint in Lugano, Switzerland. She began training at a young age at Sandra Marie’s School of Ballet in Melrose, MA which operates today as the Northeast School of Ballet in Reading, MA. During that time she had the opportunity to train with Minneapolis Dance Theatre under Gloria Govrin (who trained under George Balanchine) and also with the Boston Ballet School in Boston’s Back Bay. She performed various works including The Nutcracker, Peter and the Wolf, Snow White and the Seven Dwarves, and an original work with the Boston Musica Viva based off the tales of the Brothers Grimm.  She earned a BS in Psychology from Fordham College at Lincoln Center and had the opportunity to perform with some of Bushwick’s most avant-garde movement artists in the 2016 production, “Authority Figure” choreographed by Monica Mirabile (FLUCT) and Sarah Kinlaw. Since returning to Boston she has been an active member of Nozama Dance Collective and has participated in the Salem Arts Festival, Dance for World Community, and various other local festivals and events. She teaches ballet and tap at A Dancer’s Dream in Marblehead, MA and has been a member of 40 Steps Dance since December 2018.

Samantha Wilson has been an active member of the Boston dance community for over 17 years. She has performed with Forty Steps Dance for over ten years. Additionally, Samantha has danced with Kelley Donovan & Dancers, Disco Brats, teXtmoVescollaborative, Rozann Kraus, Jenny Oliver, Caitlin Corbett Dance Company, Perceptions Contemporary Dance Company, Weber Dance and more. She has performed in Dance for World Community, 12 Dancers Dancers, Charles River Dance Festival, Salem Arts Festival, Across the Ages, etc. When Samantha is not dancing, she is educating youth in mathematics.