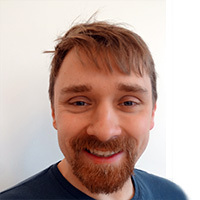 Michael is from Winchester MA and is currently enrolled in a certificate program at Middlesex Community College in Lowell. He started learning ballet five years ago to help recover from an injury that occurred during his other main athletic passion, Brazilian jujitsu. He holds a purple belt in jujitsu, and has been training in that discipline for nearly seven years. Returning for his third season with the company, Michael enjoys improving his technique and learning new elements of dance and creative expression. Michael has previously appeared in productions of the Nutcracker with the Winchester Ballet Conservatory, and in various youth productions both the cast and part of the pit playing the violin. Outside of dance, Michael is also passionate about history, film, and jurisprudence. Michael joined Forty Steps Dance in 2016.