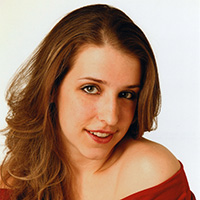 Lauren Beck is originally from Arlington, Massachusetts.  Lauren graduated with a BFA in Jazz Dance from the University of the Arts in 2008.  Lauren has performed in many venues in the Philadelphia area including the Merriam and Drake Theaters. After, graduating, Lauren continued on to the seas, working for PGT Entertainment, as a dancer,  on board the Sea Princess cruise ship. Lauren joined Forty Steps Dance in 2009, and has recently returned from a two-year sabbatical with her husband in Australia.